Mystery Mathematics in Nature and Universe 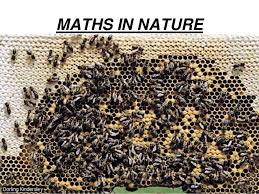 Einstein’s questions about: How is it possible to be able to interpret the mathematics of the universe is a good way that we see it

Are we discover or invent mathematics ???

From time immemorial, man in search of cycles and patterns, used them to explore the physical world and to understand the rules of nature, the number of flower petals (answering “suites”) symmetry of our body. They are the reality she has an inherent mathematical nature or mathematical valuable tools created by the human mind?

More From: A Document