by WEB EDUCATION 2 mois ago2 mois ago
73views
0 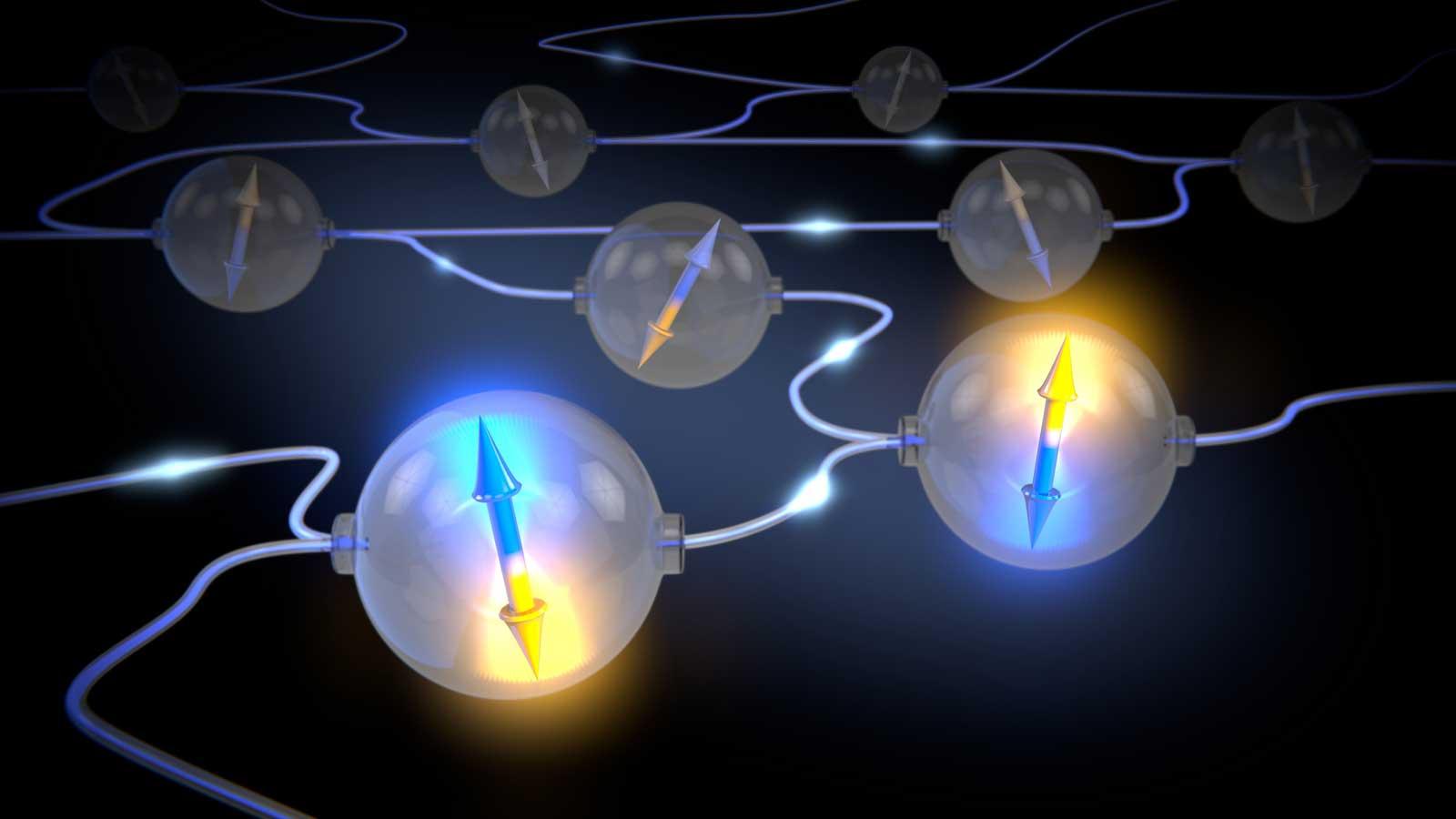 Electrons have a quantum property called spin that makes them act like little magnets. We’ll always measure it pointing in one direction or the opposite: up or down, say. If we entangle two electrons so that their spins are always pointing in opposite directions, the two spins are said to be correlated. If we entangle the two electrons in this way – and fire them in opposite directions, we don’t know which one of the pair is up and which one is down until we make a measurement. If we find that electron 1 is spin up. We know the spin of electron 2 must be down.

Why isn’t this like a pair of gloves? The handedness of the gloves is there from the start. It never changes. With entangled particles that’s not the case. They are in a superposition. Prior to measurement, there is no definite answer.

How do we know superposition is real? The double slit experiment is good evidence. Entangled particles are stranger, because a measurement on one particle determines the outcome for both of them.

Albert Einstein thought up an experiment like this in 1935, in collaboration with two younger scientists, Boris Podolsky and Nathan Rosen. They are referred to as EPR for short. They believed superposition was impossible because information cannot travel instantaneously. So they thought there must be hidden variables. But Danish physicist Niels Bohr, said that Einstein was just wrong.

Scientists remained divided. in 1964, Irish physicist John Bell figured out how to set up an experiment, Bell’s inequality, to determine who was right. Bell proved that quantum mechanics predicted stronger statistical correlations in the outcomes of some measurements than any hidden variable theory could.

When Bell’s experiment was first done in a lab in the 1970’s by physicists John Clauser and Stuart Freedman at the University of California Berkeley, it showed that there was no sign of hidden variables.

How are two particles entangled? You can entangle two photons from birth or you can bring two quantum objects very close together.

Once objects are entangled, they’re not separate. They are, really two parts of a single object. In quantum mechanics, objects are described by wave functions: mathematical expressions that encapsulate all that can be said about the object. This wave function can be spread out in space. This is why particles can act as if they are waves. But if we entangle two particles, they are then described by a single wave function. They are mathematically the same object.

Entanglement tells us is that the quantum world has nonlocality: things at one place don’t depend just on what happens in the neighborhood of that place, as they do in the classical world. Quantum non locality is an alternative to spooky action at a distance.
#Entanglement
#quantumentanglement
It will not let us communicate faster than light because only knowing how they are correlated can provide any meaningful information. This has to be transmitted at the speed of light.

The advantage to using entangled particles to send messages is you can encrypt the message in a way that it can never be intercepted and decrypted without that decryption being detected. Entanglement is also the key to quantum computing.